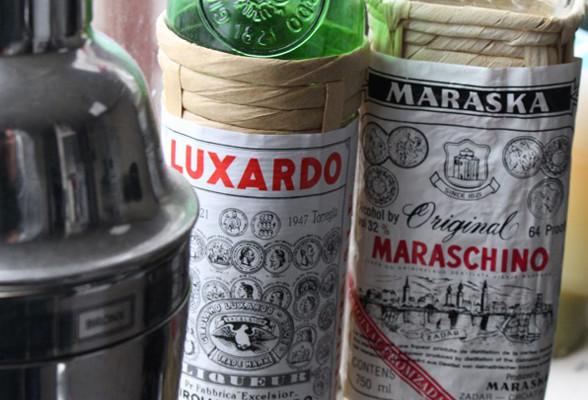 Maraschino is a liqueur distilled from the Marasca cherries of Croatia

The history of classic liqueurs is often more interesting than the cocktails they’re mixed into. Such is the case with Maraschino (Mar-a-skee-no), a liqueur distilled from Marasca cherries. It has nothing to do with those ghastly cherries of yore that sat atop cheap birthday cakes and still sit in the garnish wells of dive bars. The liqueur – said to be a favourite sip of Napoleon – is commonly made by distilling Marasca cherries, aging it in Finnish ash vats for around two years, then adding sugar and water to about 32% ABV (alcohol by volume). The famous straw wraps encasing the bottles were introduced in the 19th century to prevent breakage on ships (cases of the stuff were found in the wreckage of the Titanic).

In 1759, Francesco Drioli opened a distillery in Zara on the Mediterranean’s Dalmation Coast (now Zadar in Republic of Croatia). His liqueurs, especially Maraschino, became so popular that he was sending them all over Europe by the 1800’s. Soon enough, other cherry liqueur brands started to surface, among them Girolamo Luxardo (1821), and Romano Vlahlov (1861). Luxardo is the most common among cocktail bartenders today. Unfortunately, the city of Zadar was so heavily bombed during the Second World War that most of the distilleries (and workers) were wiped out. 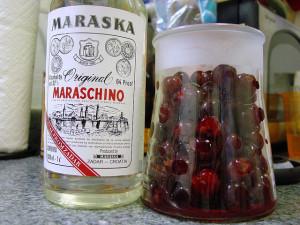 Giorgio Luxardo, the only surviving fourth generation family member who worked in the distillery, rebuilt the Luxardo distillery in the Veneto region of the family’s home country, Italy. Today, they are one of the leading producers of liqueurs in the world, and the brand is still 100% family-run.

It should be noted that cherry liqueur is still being produced in Croatia. In 1946, on the spot that used to house the original Luxardo distillery, the Maraska brand emerged from the war’s ashes. They are the biggest brand still making the cherry liqueur in Croatia, employing over 150 people.