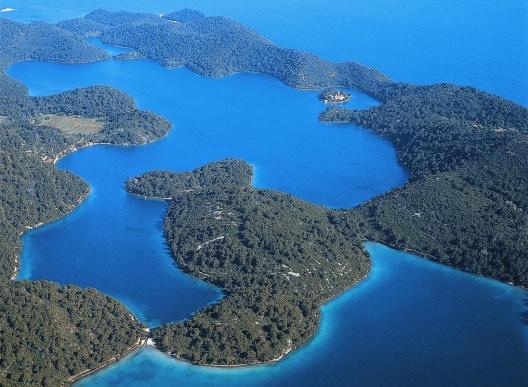 Mljet National Park is large area that borders two salt water lakes -Veliko and Malo Jezero. (Large & Small Lake) The Lakes stretch for about 4 kilometres. Right in the middle of the Large Lake there is a small island / islet Melita (Sveta Marija) with large building of former Benedictine monastery, erected there in 12th century (see photo above). The monastery’s building is now café/restaurant. The small island is connected by boats that sail there from both sides of the Lake. 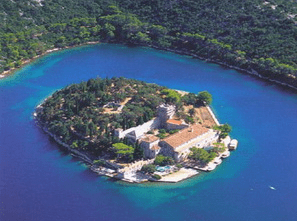 As both lakes are encircled by well marked paths, you can cycle or stroll along the pleasant, shaded paths. You can rent a bicycle in Pomena, Polače and at Mali Most to cycle around. Kayaking is also allowed, so if wish, you can rent a kayak at Mali Most (the point where two lakes are joined by narrow channel) to paddle around the Lakes.

Swimming and sunbathing in Mljet National Park is a good fun

Water is much warmer than on seashores of the island (which is great if you want to swim in colder months) To enjoy stunning scenery from hills above the Mljet coastline and Park you can take a hike up the hills (200 m) to get the views.

The access to the park is at the north or western coast through villages Pomena and Polače. Although there is no official entrance to the National Park as such, visitors are expected to pay for the entrance (buy your ticket at kiosk in Polače or Pomena.

Croatian island of Mljet is the greenest and most forested island, with a variety of wildlife and native pine forests, Aleppo pine and oak. Outer coast of the island to the southern sea is very steep and full of “garmas” – collapsed cave. The island Mljet has a unique panoramic view of coastline, because of many rocks and islets.

Time magazine ranked the island of Mljet among 10 most beautiful islands in the world. The beauty of the island is also in its ancient name Melita, which comes from the Greek “Melita nesos” meaning honeymoon island.

The famous marine biologist and explorer Jacques Cousteau claimed that Mljet is one of the world’s most beautiful diving destinations.

It is believed that Mljet is the mythical island of OGIGIJA from the Homeric legend of Odysseus, where he was fascinated by the nymph Calypso spent 7 years of his life.

The Apostle Paul was shipwrecked in 60th after Christ and he was saved by swimming to Mljet, to the region that is now called Saplunara.

Where to stay: Dubrovnik Region Hotels 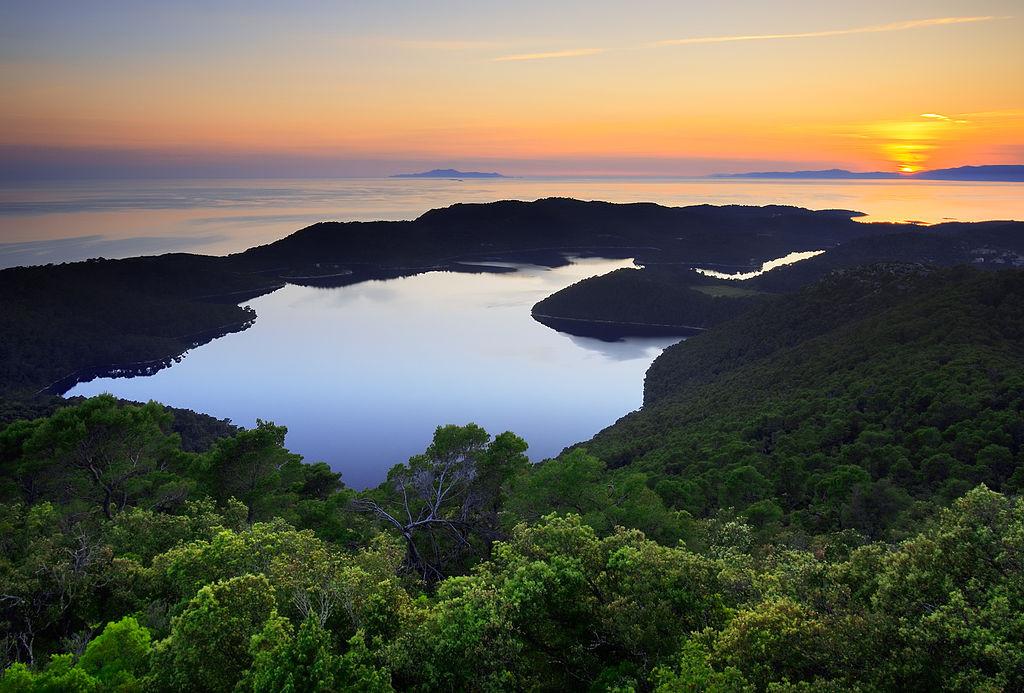