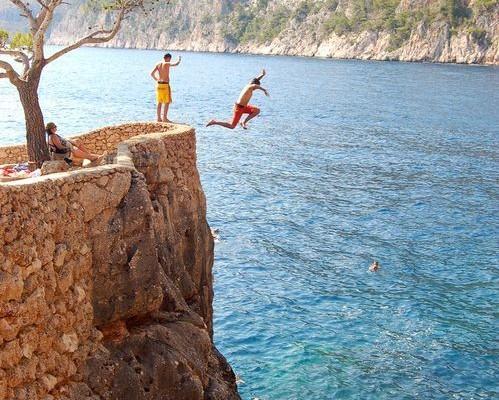 The island of Hvar is the queen of the Croatian Dalmatian islands. It has been famous since the antique because of its important strategic and nautical position, the rich of the various historical periods, the culture and natural monuments and the literature.

The ancient stone symbol of Hvar: a winged lion with its paw on a book.

Thanks to the mild climate, the warm winters and pleasant summers Hvar receives many guests, scientists and travellers, who are attracted by the dense mediterranean nature, rich tradition and arhitecture, and nightlife.
There are wine and olives, so a guest wishing to get closer to nature will stop at a small inn (Hvar “konoba”) rather than a top quality restaurant. He will taste real home-made wine instead of some famous sparkling wine, he will sing the old island songs and forget the monotony of the everyday routine. Every guest is really a Guest here.
Through the centuries, an oasis of culture has remained here, a testimony to the identity.
Hvar has celebrated 140 years of organised tourism, and today it is considered to be one of the 10 most beautiful islands in the world.