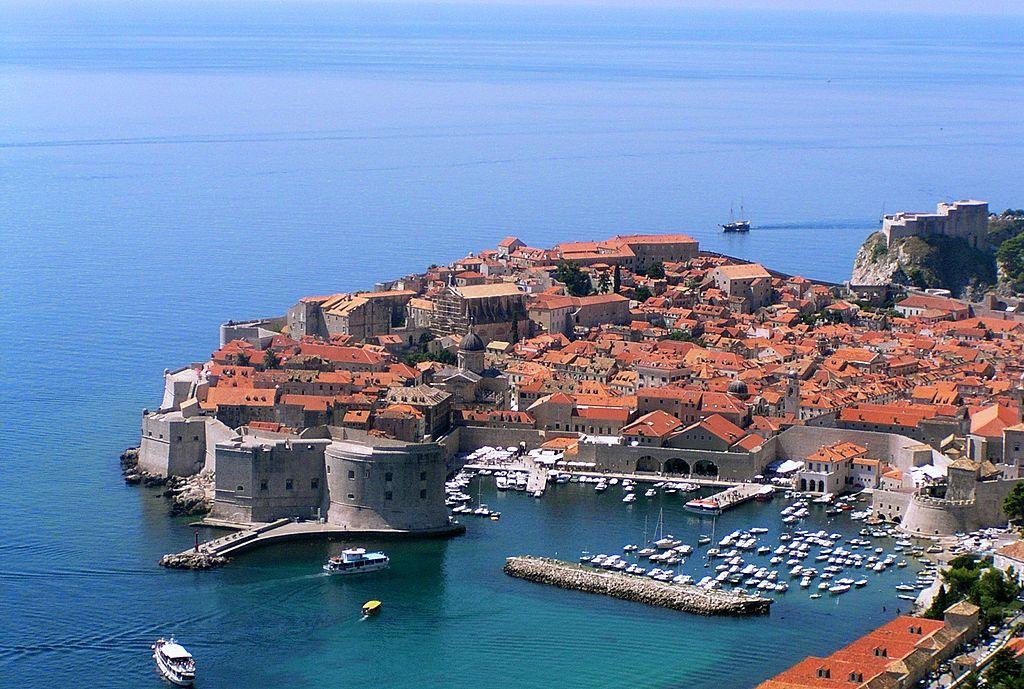 The pearl of the Adriatic

Dubrovnik, Croatia is a popular stop on Eastern Mediterranean cruises. A fortified seaside town with impressive walls, and pretty as a picture with buildings with red tile roofs that shimmer in the sun against the blue of the sea, Dubrovnik has enough beauty, legend and history to satisfy the most experienced cruise passenger.

Its history is fascinating. The first island-protected port on the maritime route in the Adriatic Sea, the area of Dubrovnik already had a settlement in the 6th century, was expanded by the arrival of the Croats in the 7th century following the abandonment of ancient Epidaurus, and flourished during the 12th and 13th centuries in the trade routes during and after the Crusades. It achieved legal status as the Dubrovnik Republic in the 15th century with the Venetian Republic as its main rival and enemy. Napoleon dissolved the Dubrovnik Republic in 1908, and at the Vienna Congress of 1815, the Dubrovnik region was joined to other parts of Dalmatia and Croatia. Following Croatia’s declaration of independence, Dubrovnik was attacked by Serbians and Montenegrins in October of 1991, but the city and surrounding region have been restored after those fierce hostilities. 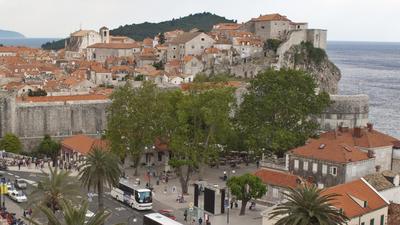 Excursions sold onboard cruise ships typically include walking tours of the pedestrian-only Old Town section, a UNESCO World Heritage Site – a veritable open-air museum with ancient walls that can be walked, five forts, and 16 towers and bastions. Most tours enter the Old Town through the Pile Gate (the western gate, with the eastern entryway being the Ploce) and proceed down the broad Stradum, a picturesque street dating back to the 11th century and adorned with fountains, churches, monuments and museums, and lined with cafes and shops. Among the Stradum’s highlights are the City Bell Tower with a clock and its figures of two green men that strike the bell with hammers on the hour and the half-hour; the Rector’s Palace, in Gothic-Renaissance style; the Orlando Column with a carving of Orlando (Roland) son of Charlemagne and legend of minstrel ballads, and a statue of a medieval knight holding a sword in his hand; and the baroque Church of St. Blaise, patron of Dubrovnik, with relics of the saint as well as a statue that depicts him holding a model of the city in his left hand.

Other highlights of the Old Town include the Dominican Monastery, the Franciscan Monastery and the Cathedral of Dubrovnik –- the latter with Titian’s 1552 work depicting the Assumption of the Virgin Mary. Among the Old Town’s lovely squares is the Ruder Boscovic Square, with fine Baroque buildings and magnificent Baroque steps leading to St. Ignatius Church –- the stairs are reminiscent of the Spanish Steps leading to the Trinita dei Monti Church in the Piazza di Spagna in Rome.

Walks in the Old Town can be combined with a ride in the Dubrovnik Cable Car to Mount Srd. At the top, from a height of more than 1,200 feet, there are two terraces for viewing panoramas of the city and the sea below. There are binocular telescopes, snack bar, souvenir shop and restaurant. The cable car may be boarded at its lower station at King Petar Kresimir Street where tickets may be bought.

Other popular excursions in Dubrovnik include sea kayaking tours, sailing and scuba diving as well as trips to nearby islands including Lokrum, where according to legend, Richard the Lion Hearted sought refuge on his way back from the Crusade in 1192, and Korcula, where Marco Polo was born. Dubrovnik beaches are generally rocky or pebbly. Popular sandy beaches in the vicinity of Dubrovnik include the Sunj Beach on the island of Lopud. A naturist beach is located on the island of Lokrum.

Local flavors not to be missed include smoked hams; “kontonjata” a delicacy made of quince; olive oils from Korcula; and “pasticada,” beef studded with carrots, garlic and smoked bacon and marinated in wine, oil, vinegar, orange and lemon.

IF YOU GO – For additional information on Dubrovnik, visit the Croatian National Tourist Board website at www.croatia.hr/en-GB/Homepage.

“Dubrovnik, the centre of the southernmost region of Dalmatia and its most famous representative, is also the star on the front pages of many prestigious world magazines, as well as being at the very top of the scale of the most beautiful cities of the world. Year on year it is proving itself as a source of inspiration for artists, a venue favoured by members of royal families and the jet setters of the world. It belongs to them, but no more than it belongs to all those who came but once. It is quite simple really, one encounter is enough for those fine threads between you and this glorious city to be spun to last” – Croatian National Tourist Board