In old times many of well- known noble families traveled to the Croatian castles district and found it as their new home. Silent witnesses from those times, castles and their surroundings today can tell many forbidden stories from the past. 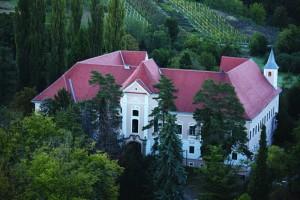 The Castle Orisic is located in Gornja Bistra, nested in foothills of northern Medvednica mountain ring is the example of a beautiful baroque castle. By it’s size and the quality of it’s architecture, it is the most impressive castle in Croatia. It is certainly the most distinguished example of Croatian baroque architecture in the mountain region of Croatia. In the middle of the castle is a huge oval hall that is well preserved in it’s original glory. The same goes with the chapel, making the two valuable historic monuments. Beautiful surrounding and garden remains from eighteen or the beginning of nineteen century can still be enjoyed. This castle was built for the old Croatian noble family Orsic and later transferred to French Conte Cariona. Today, this castle is a children hospital for chronic illnesses.
Visit Erdody Castle in Jastrebarsko
Castle Erdody is located in Jastrebarsko, in the oldest part of the town. The is one of the original Croatian castles built at the end of fifteen century. Starting from sixteen century until 1922 it was owned by the noble family Erdody. This square shaped castle has two impressive towers. Inside court has the outstanding acoustic and is enriched with baroque columns and arcades. The castle is surrounded by the beautiful English garden that has become a famous and most desired walking area in the town.
Visit Luznica Castle close to Zagreb 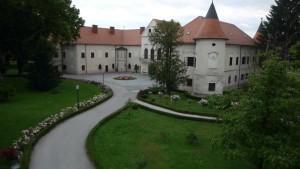 This beautiful castle, Castle Luznica sits far from the main road and is separated by the meadows between the road and castle, making it’s scenery impressive. It is one story baroque castle built in the second half of eighteen century and renovated in 1791, when it became the home of the noble family Rauch. Part of the castle was the senior citizen home led by the holly sisters Sv. Vinka Paulsko. Today, the castle is open to the public by establishing the spiritual center “Marija’s Castle”.

(images by pticica and you tube)