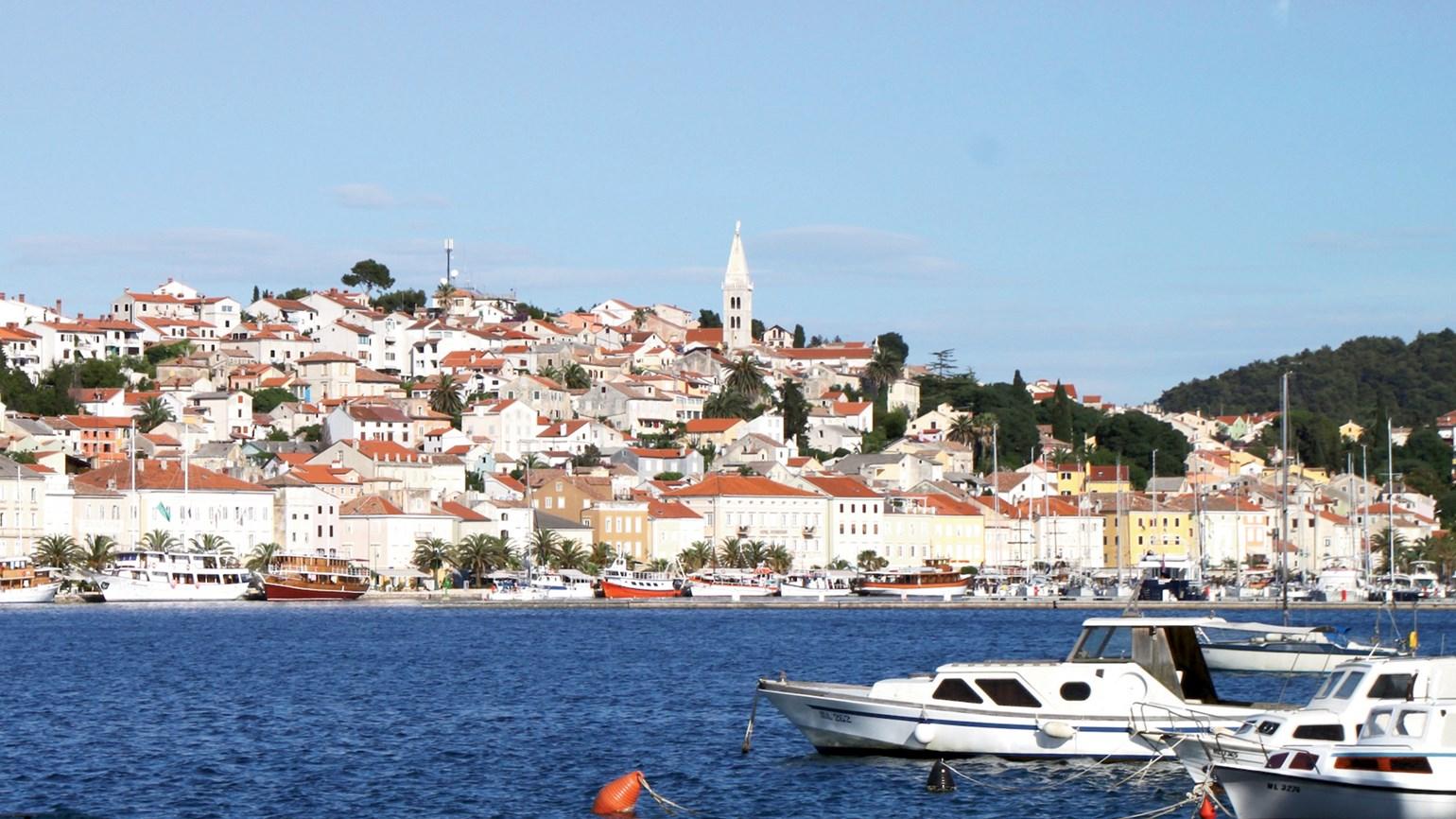 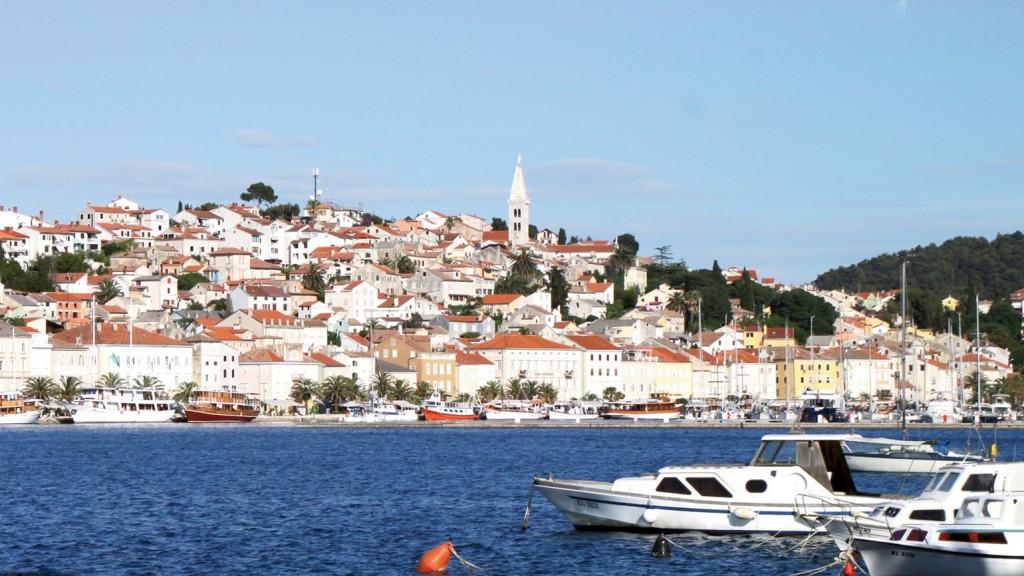 A view of the harbor at Mali Losinj, which is now the largest town on any Croatian island. The entrance to the five-star Hotel Bellevue in Losinj, Croatia, makes a sleek, smart appearance, with lots of white and dramatic geometry.

Beyond the front door, one will find bright, sparingly furnished interior spaces, an expansive bar/lounge with gorgeous views of the Adriatic and outdoor spaces including dining and lounge areas, seawater-filled swimming pools, a spa treatment area and a grand staircase leading to a seaside promenade.

But my favorite feature was the glass-sided hall that cuts through an interior courtyard, transporting visitors from the lobby straight out the back toward the sea.

I encountered this vision at the start of a press trip sponsored by Losinj Hotels & Villas, the Bellevue’s owner.

The properties date from the days of the Austro-Hungarian Empire or were built for the postwar mass market, none with more than three stars in recent decades. In 2007, the group began upgrading properties to four and five stars.

That project moved closer to completion last month, with the relaunch of the 51-room Boutique Hotel Alhambra and its associated Villa Augusta. A suite at the Hotel Bellevue in Losinj, Croatia. The Alhambra & Villa Augusta, Bellevue and Helios and the villas Diana and Hortensia face Cikat Bay, the hotel group’s “luxury zone.” Villa Hortensia launched in July; Hotel Helios and […]