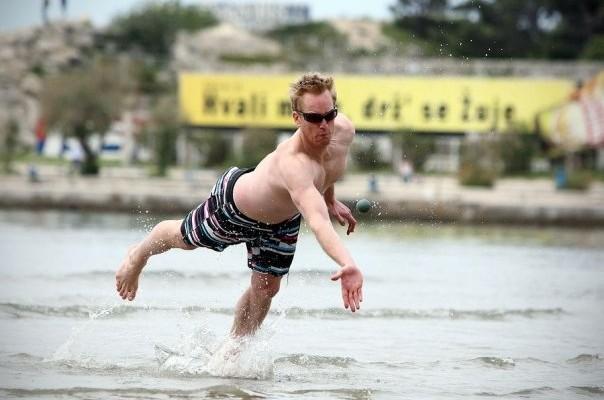 Picigin is traditional ball game from Split, Croatia that is played on the beach. It is an amateur sport played in shallow water consisting of players keeping a small ball from touching the water. Picigin originated on the sandy beach of Bačvice in Split. It was first played in 1908 by a group of Croatian students were finding it difficult to play the game of water polo in the shallow water. Instead, they began playing a different game which would come to be known as picigin. 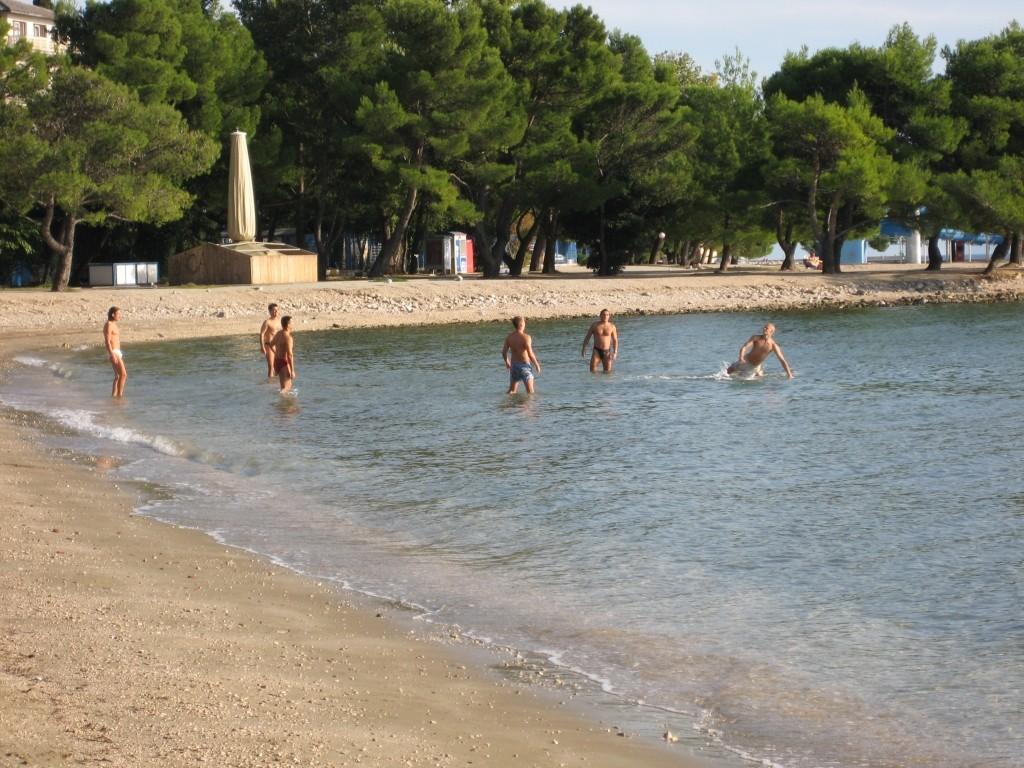 The game involves several players in a circle batting around a small ball with their hands; the objective is to keep the ball in the air and out of the water for as long as possible. Players don’t catch the ball, they bounce it around with the palm of the hand. As such, the game somewhat resembles net-less volleyball, but is played with a much smaller ball, usually a peeled tennis ball. There is no set number of players, though five is usually average. Much running and diving is done in order to keep the ball from going in the shallow water. Picigin is considered a non-competitive sport: there are no opposing sides, no points, neither winners nor losers. It is generally viewed as a relaxing and fun game, and many take the opportunity to make extravagant leaps and acrobatic manoeuvrings to keep the ball in play.

No Rules, but these:

The most traditional players believe it to be impossible to play picigin anywhere but on the sandy beach of Bačvice in Split, which is considered the game’s spiritual home.

There is also a widely distributed belief that the only proper garment to wear while playing Picigin is a tight speedo, “mudantine” in Croatian dialect spoken in Dalmatia.

Picigin is played on Bačvice year round and, often at night in the summer (reflectors can be used in the dark). There is also a long standing tradition of playing picigin on New Year’s Day regardless of weather conditions, when the sea temperature is rarely above 10 °C.