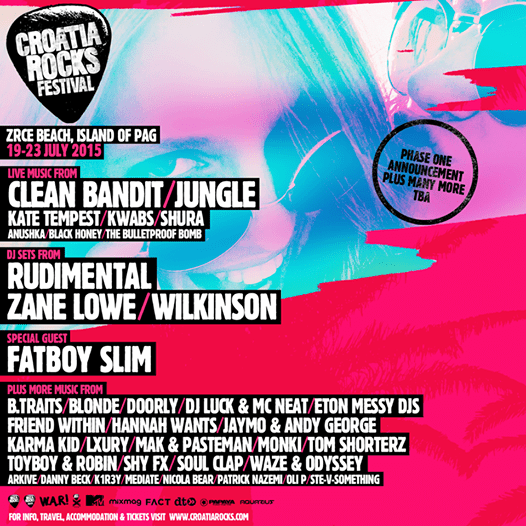 Croatia will welcome a new festival in the summer of 2015 as Croatia Rocks Festival is setting out for its very first edition in July. The event is organized by the team behind Ibiza Rocks who will be bringing the Balearic spirit, as well as their decade of experience on the White Isle, to Croatia’s famous party beach Zrce.

Croatia Rocks will take place on the island of Pag between July 20-23 with an array of DJs, live acts, and beach and boat parties. You can catch all news, announcements and first release festival tickets on their site.

And since this is the first from Ibiza Rocks’ Music Director Zane Lowe, here’s some highlights of the Ibiza Rocks festival in 2014